I am seeing things – am I going crazy?

I am seeing things – am I going crazy?

A common problem for people with low vision, particularly due to Macular Degeneration, Glaucoma or neurological problems, is “seeing things” like patterns, gardens, people or animals who they know are not really there.
This can be very frightening and often people experiencing such visions are afraid to talk about it for fear of being thought of as mentally ill.
These visual hallucinations usually last for a short time and may be in black and white or vivid colour. They may happen frequently at first but generally will stop happening as
time goes on. The hallucinations which are believed to be the brain’s reaction to losing input from the eyes, are known as Charles Bonnet Syndrome (CBS) named after the man who first wrote about them. They are purely visual, not associated with sound, smell or speech, though CBS does exist in other forms for other senses. “Seeing things” is not a sign of the vision deteriorating.
Hallucinations can also be caused by other conditions, so if in doubt such episodes should be discussed with your doctor.
For more information go to www.charlesbonnetsyndrome.org

Magnifiers should be kept clean in just the same way spectacles are cleaned i.e. the lens is sprayed with spectacle lens cleaner and dried with a soft lens cloth.

A stronger magnifier has;

Some magnifiers have their own stand which holds the magnifier steady at the correct  distance from the print. Such magnifiers should sit on the page and require use of reading glasses (or equivalent) for best focus. 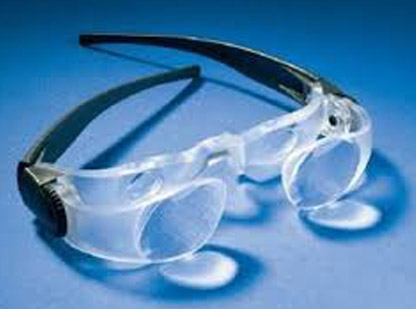 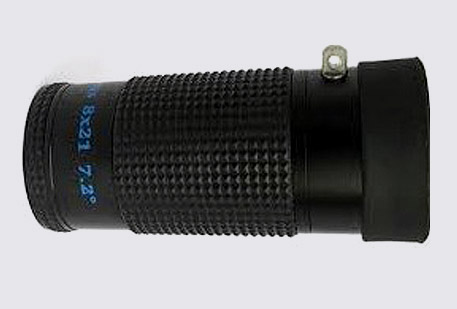 A 50 year old with normal vision is said to require about twice as much light as a child for comfortable reading, rising to about ten times more light for someone in their 80s or older.

Conditions that affect the retina at the back of the eye such as macular degeneration, the optic nerve such as glaucoma or Parkinson’s disease, or clouding of the lens in the eye (cataract) will create changes in the amount of light required for efficient and comfortable vision and the amount of glare produced.

In the winter months, the days are not only shorter but the light is duller. Older people often struggle to see clearly particularly when trying to read poor quality print such as newsprint.Most people assume that daylight is sufficient, but it really isn’t and we have no ability to control the intensity or direction of daylight. People tend to think it is the size of the print which makes reading difficult, but often it is the lack of light and the poor contrast of the greyish print which does not stand out against the off-white or coloured background. This is particularly a problem to people who have some loss of vision due to macular degeneration or other age-related problems.So much of my work is teaching people to use a reading lamp correctly placed directly onto their reading or work bench to get better light onto the task to help them to see better. Lights in the ceiling, regardless of the type or wattage of the bulb, are not sufficient to help with reading either because the light is so far away that by the time it falls on the book it is somewhat diluted and too weak for reading.

Placing a light close to the task which then throws a strong light onto the task and makes it much easier to see. The light needs to be placed so that it does not reflect back into the eyes causing hot, dry tired eyes from glare, or cast shadows over the page. There are many magnifiers available which have the light built in as well as electronic magnifying aids which also convert grey print to bold black print to help people with low vision.